The International Committee for Study of Bauxite, Alumina & Aluminium

Beginning in 2018 the ICSOBA President is elected by the Board of Directors and comes from the organization becoming the host sponsor of the annual event. In the 55 years of ICSOBA’s endeavor, 15 individuals enjoyed the honor of serving the society as President. 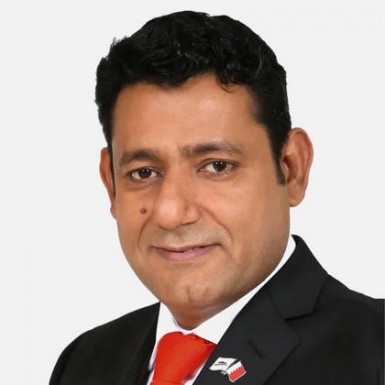 Aluminium is the metal of the future. We believe in partnering with associations such as ICSOBA to exchange knowledge and best practices. Through this, we aim to achieve cost-effective solutions that will help us stay ahead in global environment. This will translate Alba’s Vision ‘To be the number one aluminium supplier for the generations to come. 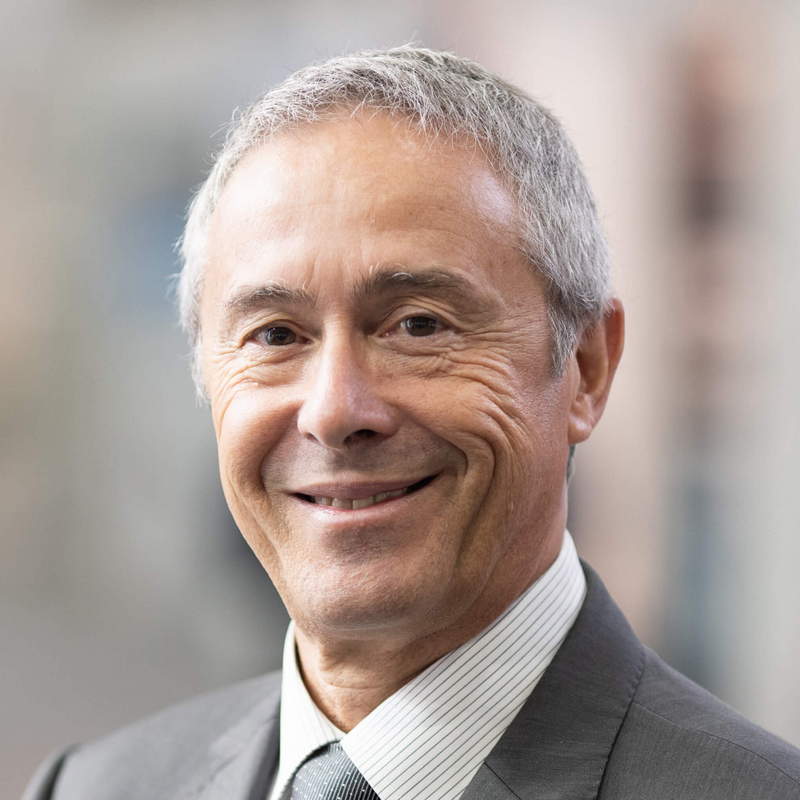 Containment strategies, travel restrictions and global economic situation challenge conference organisation at present time. However promoting industry collaboration through exchange of ideas and know-how is as important as ever for swift recovery from COVID-19 pandemiс. That is why ICSOBA 2020 is maintained and will be held as a virtual conference. 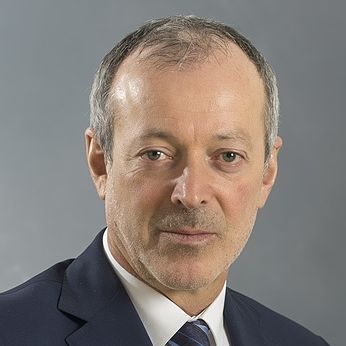 Technological leadership, environmental safety and waste recycling are the most important challenges for aluminum industry. It is essential to work together to solve them. ICSOBA gives opportunity not only to discuss these challenges but also to find answers to global questions and make steps for the prosperity of the industry for the years to come. 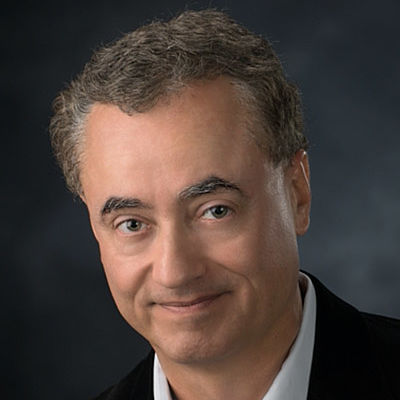 ICSOBA is well-known for promoting knowledge exchange in fundamental research, technology development and innovation in bauxite - to - aluminium value chain. Tangible benefits for member companies, including Hydro from the ideas promoted by ICSOBA are gains in throughput, operational cost and capital intensity: safety and environmental performance. 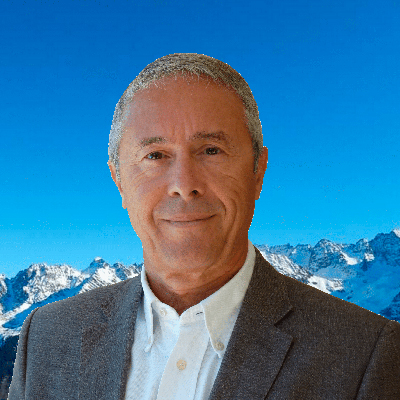 Over last 55 years ICSOBA continues to unite aluminium industry professionals and organizations, providing a travelling forum for discussions and exchange of experience from research and current practice. Beyond this objective ICSOBA is striving towards its vision to be The Technology Conference of the Aluminium Industry, for the Aluminium Industry. 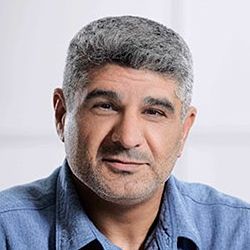 We strongly believe in value of knowledge sharing for personal and professional growth and for continuity of expertise. We also believe in supporting the progress by participating in forums like ICSOBA, where we can not only showcase our own developments but also learn from other players. This exchange is key to sustainability of aluminium industry. 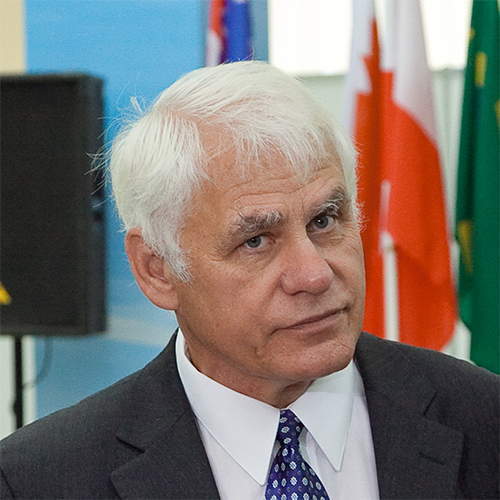 It is a great honor to serve the members of ICSOBA. Together, we cover the entire spectrum of the aluminum industry and share a common conviction for its strategic role in global development. We find strength in the diversity of our respective social and economic frameworks, as we share research and influence progress at our annual conferences.

Dr. Abdulla Habib Ahmed is currently Chief Operations Officer, Aluminium of Bahrain (Alba). His work experience includes 25 years in various roles in Reduction Lines, R&D and Customers Technical Support. He has PhD in Chemical Engineering and Master in Aluminium Smelting and MBA from ESSEC/ French Arabian School and had his higher education from University of New South Wales, Australia.

Claude Vanvoren held a Master in Solid State Electrochemistry and PhD in Mineral Chemistry. Dr Vanvoren joined Pechiney in 1981 as a carbon research engineer and held several R&D and operational positions in France and Australia. Claude returned to France to become GM of the AP Smelter Technology Center (LRF) in 2000 where he led the development of the new AP60 Pechiney reduction cell technology.

From March 2017, Dr Claude Vanvoren is proposing consulting services in Innovation Strategy and Management as well as in aluminium smelting.

Viktor Mann is technical director of UC RUSAL responsible for R&D, development and implementation of new technologies, building and commissioning of new plants and modernization of operating plants in the fields of bauxite & alumina, aluminium smelting and downstream, as well as for technology support of existing operations of RUSAL.

Viktor has more than 40 years work experience in academia and aluminium industry in various positions. He is founder and first director of RUSAL Engineering and Technology Centre that is responsible for core technology development of the Company. Starting from 2005 he is Technical director of UC RUSAL.

Viktor has degrees from Krasnoyarsk State University and Moscow Institute of Steel and Alloys. He is honorable metallurgist of Russian Federation.

Raphael Costa is the Technology Director for Hydro’s Bauxite & Alumina business unit, responsible for technology development, the R&D portfolio and technical support to operations in Pará, Brazil. He also serves as a member of the board of the Companhia de Alumina do Pará (CAP) alumina refinery project, and a member of the Paragominas mine board.

Claude Vanvoren held a Master in Solid State Electrochemistry and PhD in Mineral Chemistry. Dr Vanvoren joined Pechiney in 1981 as a carbon research engineer and held several R&D and operational positions in France and Australia. Claude returned to France to become GM of the AP Smelter Technology Center (LRF) in 2000 where he led the development of the new AP60 Pechiney reduction cell technology.

From March 2017, Dr Claude Vanvoren is proposing consulting services in Innovation Strategy and Management as well as in aluminium smelting.

Dr. Ali Al Zarouni holds a B.Sc. in Industrial Engineering from University of Arizona (U.S.A.), a Master’s degree in Quality Management from University of Wollongong, a Doctorate (Ph.D.) from the University of New South Wales, Australia and completed a Program for Executive Development in IMD, Switzerland.

Having joined Dubai Aluminium in March 1991, Ali has served at the company for 24 years. During his tenure, Ali has been involved in all of DUBAL’s expansion projects – from the Falcon project (1995) to the Potline 5B expansion project (completed August 2007), and thus holds extensive knowledge and expertise in the aluminium smelting industry.

Ali was appointed General Manager: Smelter Operations mid-2007 and was promoted to the post of Vice President: Smelter Operations in 2008 (making him a member of DUBAL’s Executive Management team). Conceptualised and implemented amperage creep projects that enabled DUBAL to increase its hot metal production by 15% to 30% across different technologies with minimal investment.Following the integration of DUBAL and Emirates Aluminium (“EMAL”) in 2014, coincident with the formation of Emirates Global Aluminium (“EGA”), Ali was initially appointed as Senior Vice President: Jebel Ali Operations, Technology Development & Transfer and was holding the position of Executive Vice President, Midstream, leading the Midstream Business Unit, comprising of Energy, Technical, Reduction, Carbon & Port, Technology Development & Transfer and Maintenance.

He has published numerous technical papers in industry journals and regularly delivers presentations at trade conferences.

Dr. Frank Feret is an Independent Analytical Consultant. In this role, he provides insight into the characterization of materials for metallurgical process control from bauxite exploration to metal recycling. Frank published over 50 scientific papers and contributed in three books.

Prior to his retirement in 2011, he was Senior Consultant at Rio Tinto Alcan, Arvida Research and Development Centre in Quebec. In 2012 he became President and now is CEO and Vice - Chairman of ICSOBA.

Frank provides a perspective and deep understanding of Canada, which is one of the top global producers and leaders in innovation, efficient technologies and predictive simulations.

To support its strategic objectives, ICSOBA aims to increase its worldwide visibility and capacity to regularly interact with Bauxite, Alumina and Aluminium players around the world.

For this purpose, ICSOBA aims to deploy a network of regional “ambassadors”.

ICSOBA Regional Ambassadors (IRA) are persons demonstrating the willingness to support ICSOBA future by successfully identifying new Corporate Members as well as contributing to the success of ICSOBA annual conference. There could be several IRA for the same region in order to cover all subjects of forthcoming ICSOBA conference (for example: B&A, Smelting, Academia, …).

ICSOBA Regional Ambassadors demonstrating the willingness to be associated to ICSOBA on the long run and achieving results will be rewarded and incentivised.

ICSOBA Regional Ambassadors (IRA) are proposed to the Board and are appointed by the Board.

Feel free to contact any Board Member to further discuss those positions.